Hawaiʻi consists of multiple small islands that formed over a “hot spot” of magmatic activity in the middle of the Pacific Ocean. As the Pacific tectonic plate moved (and continues to move) over the hotspot, new volcanoes and islands are formed. The most southern and active island is the Big Island, home to Mauna Loa and Kīlauea volcanoes. Kīlauea is the most active volcano today. Regular eruption still build the island via pāhoehoe and ʻaʻā lava flows. Because of this, it is one of the most stunning places to see young features of a volcano… that are either actively forming or have recently formed. Of course it also poses a threat, like most volcanoes do, to the buildings and people below. But due to the slow-moving characteristics of lava from these shield-type volcanoes, the eruptions are more effusive and flow slowly, rather than being catastrophic with sudden fast pyroclastic flows. 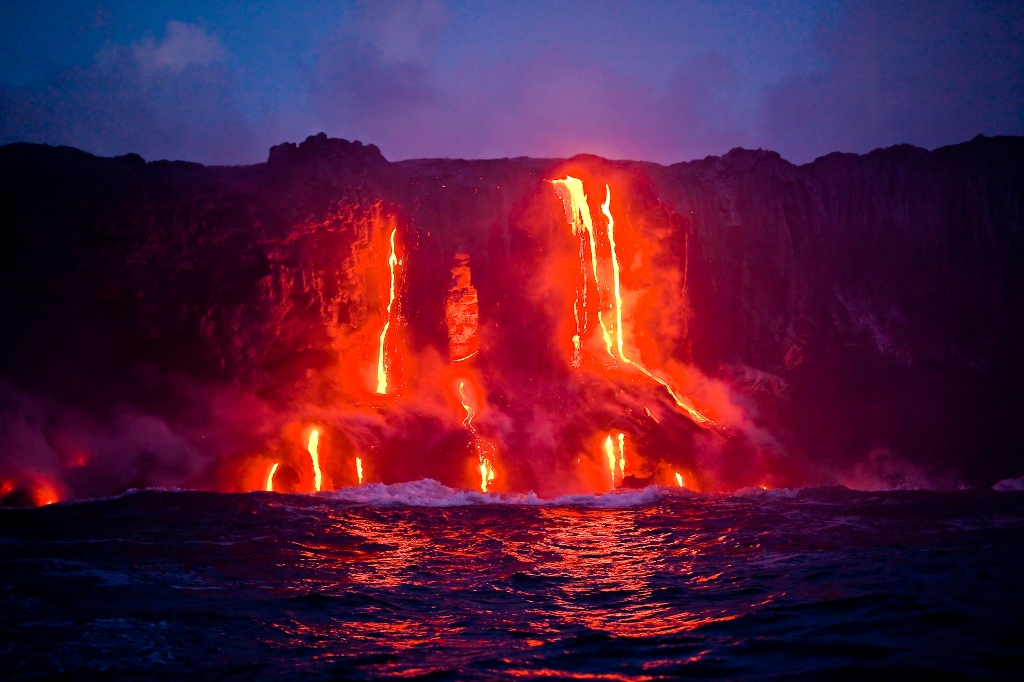 One of which is I am part Slovenian and have been there  But also because of the immense underground cave network that is visitor friendly. The caves have over 24 km of wandering passages underground and contain various cool cave features like stalactites and stalagmites. The caves formed via an underground river (Pivka) ~ 2 million years ago that slowly eroded away at the surrounding reactive limestone bedrock. Cave formations likes stalactites form very slowly (between 0.1 to 0.3 mm/year) by water percolating down from the ceiling and depositing calcite that was dissolved in the water. In the caves also lives a special creature, the Proteus or “human fish”. It is an amphibian with no eyes, no skin colour pigment, and can survive several years without food. 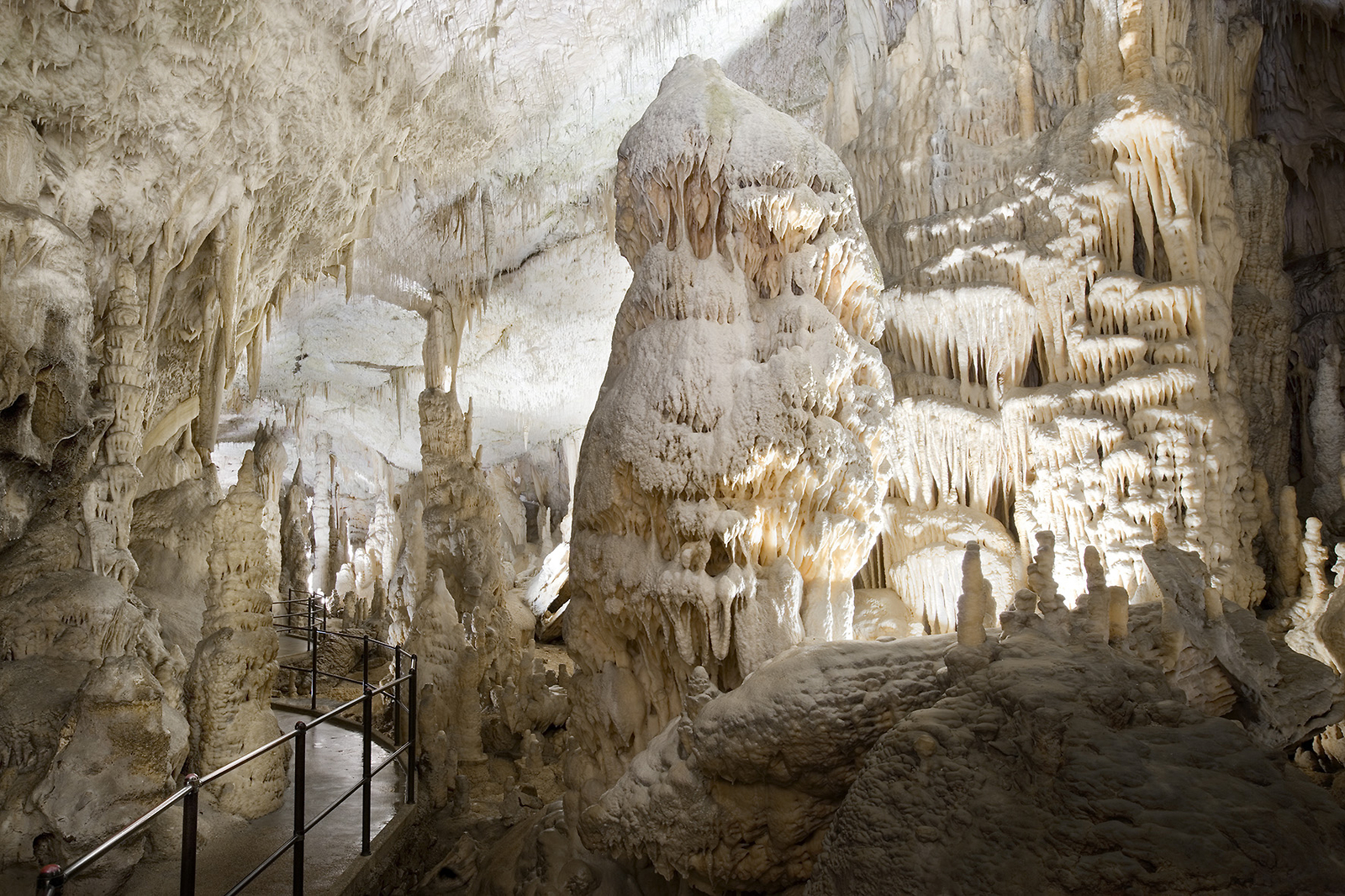 Eye of the Sahara (Mauritania)

Also known as the Richat Structure, the eye-catching circular structure is best seen from space. It is 45 km across and located in Mauritania in the Sahara Desert in Africa. It is made of dominantly sedimentary (with minor igneous) rocks. Geological it is a formation known as a dome (domed anticline). Time has eroded the original topography, exposing the stratigraphic rock layers. “Anticline” mean that the rocks in the centre are the oldest (~ 1 billion years old) and the outer rings are younger (~ 480 million year old). Thus you can travel through time in the geological layers from the centre outwards. 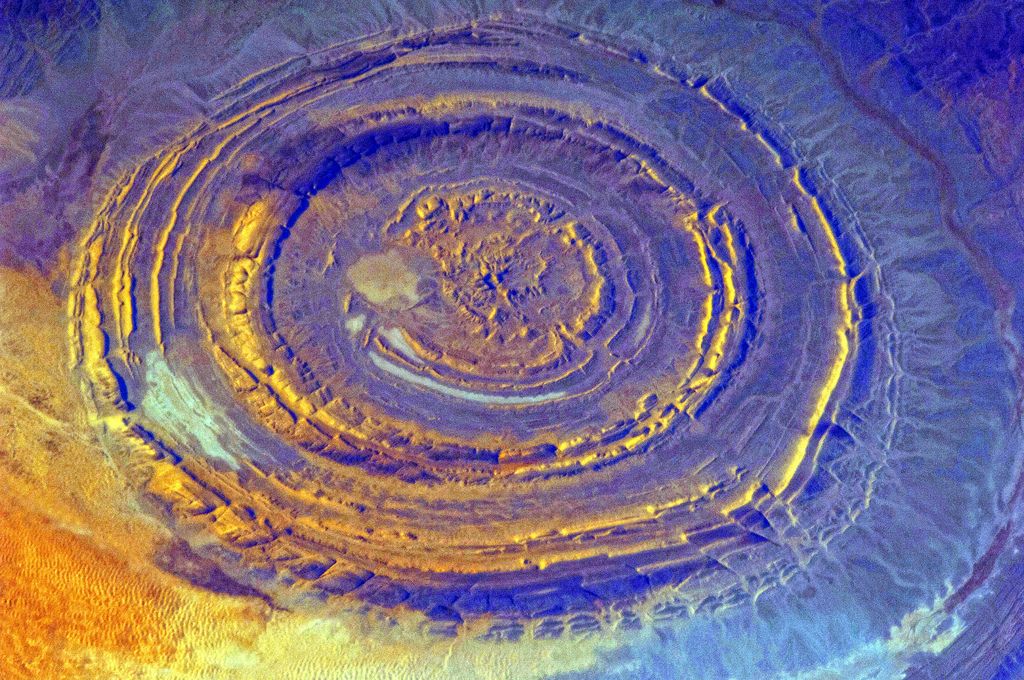 Holding true to its name, the Grand Canyon really is one of the most grand and impressive canyons (and geological sites) in the world. It is ~ 450 km long and up to 1.5 km deep in areas. One of the reasons it is so impressive is that it literally is a slice into hundreds of millions of years of time captured in the rock record. The rocks at the bottom of the canyon formed first and are Proterozoic age… over 1 billion years old. Whereas, the rocks above it towards the top formed later and are Mesozoic age… only a few hundred million years old. You can see this sedimentary rock history (stratigraphic column) beautifully exposed on the walls. Its carved canyon shape is due to the retreat and erosion from the Colorado river over time. 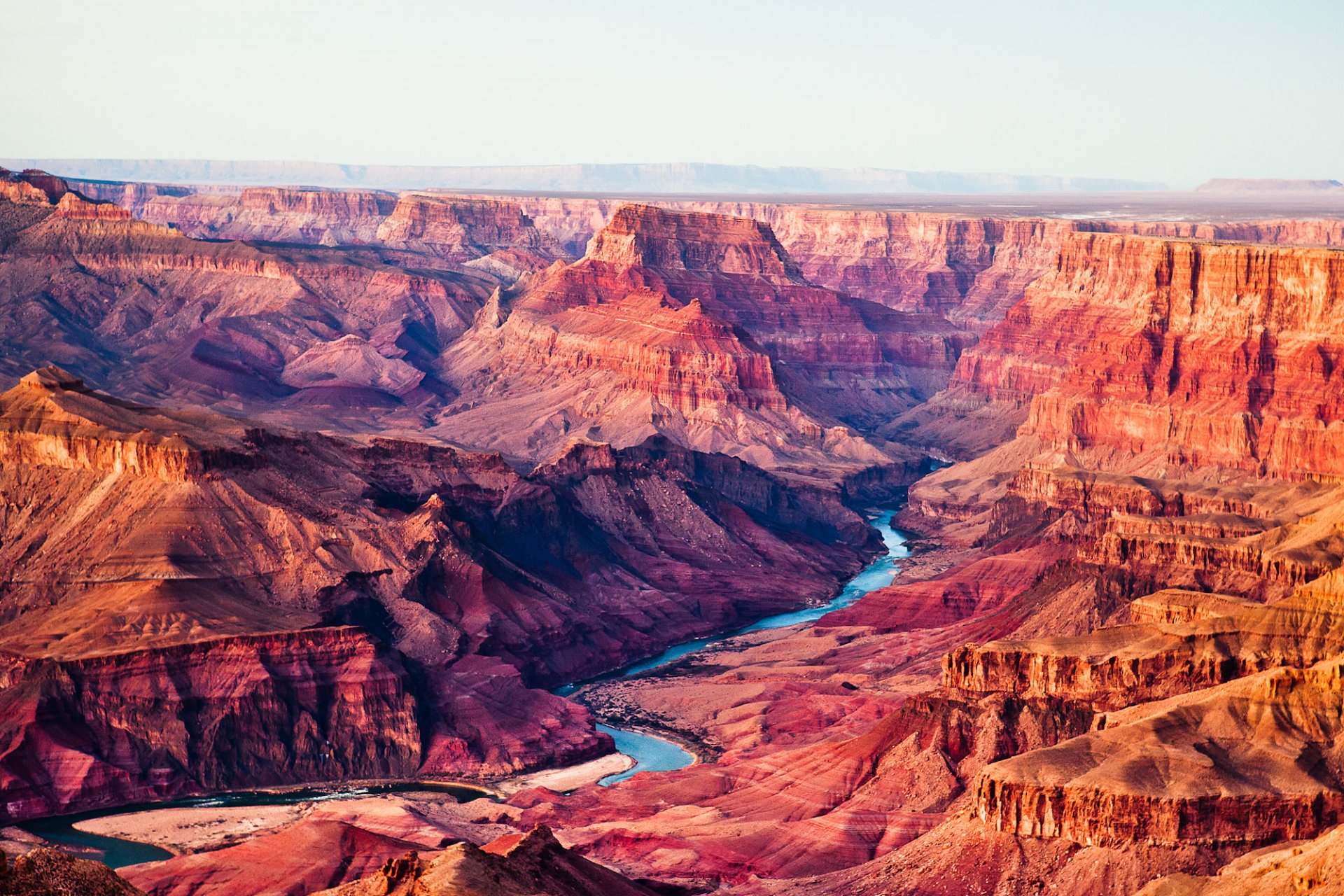 A famous spot not only for its imposing granite cliffs, but as a mecca for climbing. From El Capitan to Half Dome, the mountain names here have some of the most famous names and reputations for rock climbing in the world. This glacial-carved valley is the heart of an ancient, exposed magma chamber. These types of igneous rocks form deep (15 to 30 km) below the surface during times of high magmatic activity. With time, they cool, crystalize and are exposed at the surface via uplift. Once at the surface they are eroded and shaped by glaciation. A similar-looking place to Yosemite is the Chief in Squamish, BC, Canada. It is my home town where I grew up so maybe a bit of a bias, but I think it looks like a mini Yosemite… 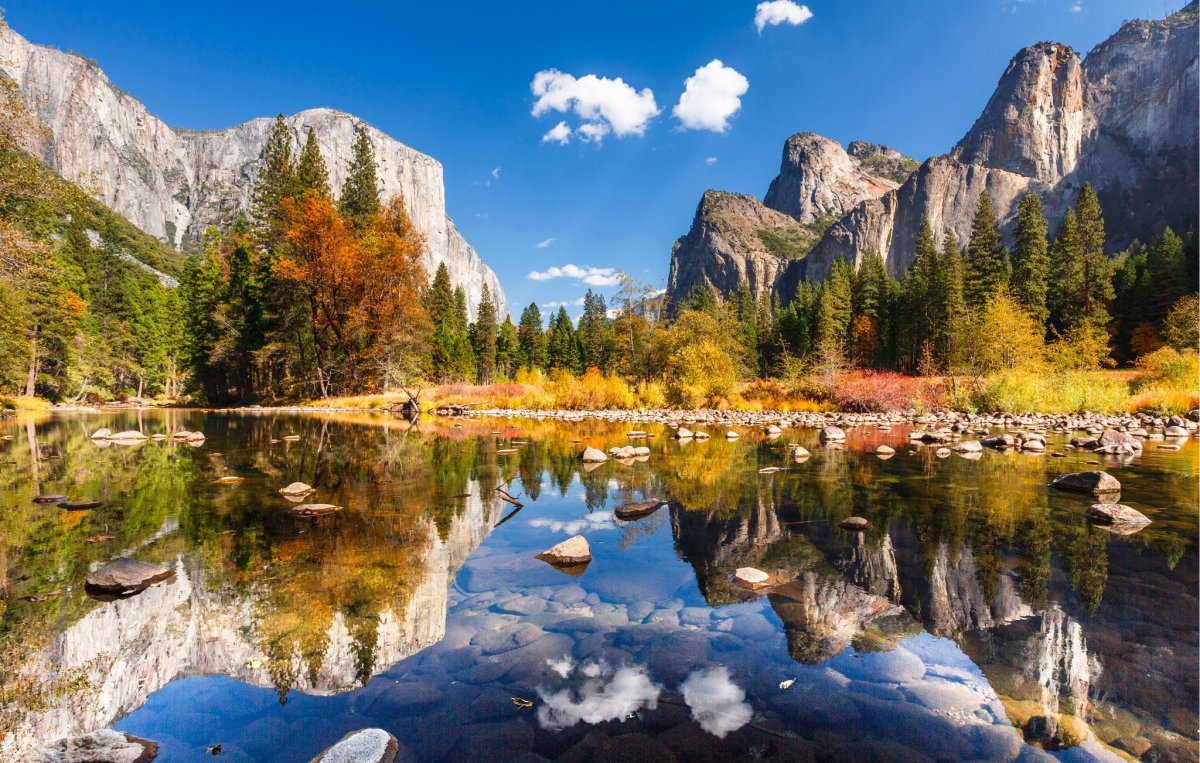 This is the most famous rock in Australia, and probably also the world. Uluṟu (previously known as Ayers Rock) is a ~ 550 million year old isolated rock (inselberg) of arkosic sandstone. It has actually been tilted on its side by 90° since its formation way-back-when. Uluṟu is really a huge rock that continues for possibly 5 to 6 km below the surface, sort of like an iceberg for comparison. You can see the sub-vertical layers and ribs that have been accentuated by years and years of erosion in the Aussie outback. The actual colour of Uluṟu is grey sandstone. However, it has turned to orange-red on the outer surface due to oxidization of the iron (i.e., rusting) in the sandstone overtime. 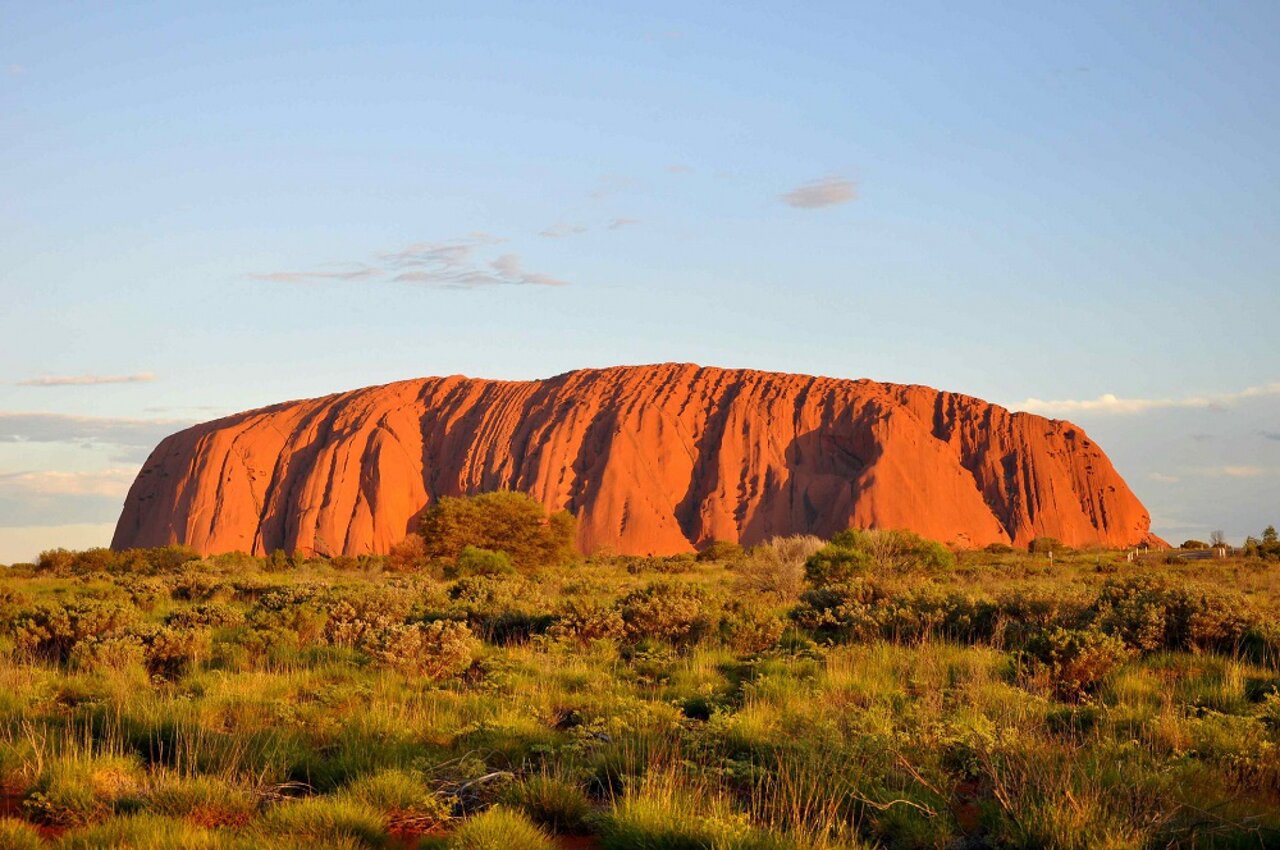